Man, I’ll do anything to skip out on studying, huh? 2 exams down, one more exam and presentation tomorrow. This weekend is going to feel so good.. maybe, hopefully, depending on our group, play DnD.

Every month I save a list of songs that I liked for that month, preferably songs I first heard that month.  Today I gave listening to /jp/ radio a try, and came across a DECO*27.  Specifically, it was:

DECO*27 – 愛迷エレジー – Yowamushi MontBlanc. It seemed really catchy, and I had to look it up when it finished.

Out of curiosity I looked up more songs done with DECO*27 and found these:

DECO*27 – 愛迷エレジー – Aimai Elegy, so I guess it shares the album title. A loud, and perhaps a bit dissonant-sounding song. At this point I started just searching for songs marina had sung:

I also looked for other albums, and this one was from ラヴゲイザー:

DECO*27 – ラヴゲイザー – 愛 think so. Probably my favorite out of the bunch I listened to. Hearing this one made me unusually happy on the car-ride to school, I kind of.. grinned to myself. I liked the light-hearted melody, and the lyrics that aren’t quite as happy but are simple to understand. It’s an interesting departure from some of the 東方 vocal songs where I’ll have no idea what they’re talking about, no matter how hard I try.

Midterms are next week, and I haven’t made much progress in anything outside of school. My code is getting really convoluted, with stopgap solutions all over the place. I’m starting to forget how I arranged everything, and all of the attempts at written outlines are useless because when I started to actually put it in code, I decided to do it differently than how I originally planned.

Anyway, here’s some pasta. I used a recipe from some anonymous internet post as a guideline, and it turned out alright. I’m not sure I want to make this very often though.. I felt fat just making it. 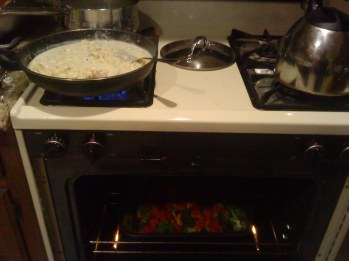 I mean.. I guess that looks done, right?

2 1/2 Cups tortellini
4 Tomatoes (I have no idea what kind.. the long-ish ones, I just pulled them out of the refrigerator)
Some garlic
Some ground black pepper
Some thyme, parsley, basil
A bit of butter
2 cups of milk
3.. ‘things’ of broccoli
1 red bell pepper
Some leftover shredded rotisserie chicken (No one was going to eat that otherwise)
I think that was it.. 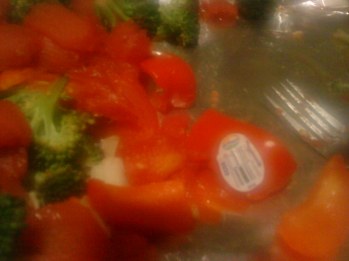 Steamy, forgot the sticker. Every time...

Just boiled the pasta for 10 minutes, baked the vegetables for 20, put whatever wasn’t pasta or vegetables in a skillet, heated that for 10, then put the pasta and non-vegetables together and poured it over the vegetables. I mean, it didn’t taste fantastic, but it was good. 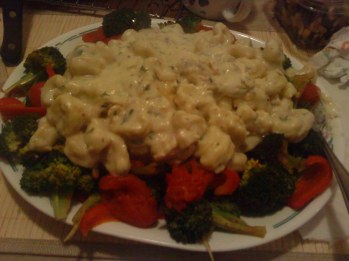 In closing, I was reading a thread about cooking and OP said,
またパンつくったよ
and some guy was like,
>またパンツ食ったよ
またか
Oh.. oh boy. I wish to become that witty, some day.

Went snowboarding with my friends for a friend’s birthday.  Snowboarding hurts quite a bit when you don’t know how to do it…

I wrote a small demo program to read .txt files so I can put game events there instead of hard-coding everything.  I thought about looking more into how Danmakufu has things set up, but until I get so far in this that I need to worry about that, I’ll put it off.  It follows  a simple format with commands like [TIME]:[ACTION]:[ARGUMENTS], and special key words like [END], I’ll use what I learned writing that in my game. 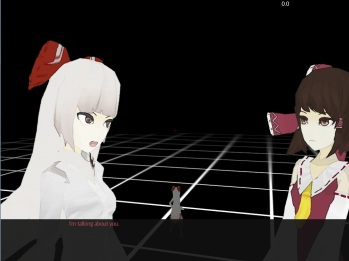 I also cleaned up the dialogue system and added some placeholder portraits.  The way the dialogue elements are drawn is the same as for the pause menu, so I was able to fix both things at the same time.  I suppose the next thing I’ll do is finally replace the ugly ground and sky.

Worked on fixing the logic handling the game’s flow and finally added a pause function, which felt a lot harder than I thought it should have due to my convoluted code. I had to go around telling everything to stop updating, because there didn’t seem to be a simple way to just pause one loop while still updating the pause menu. Threw together some placeholder textures for each part. 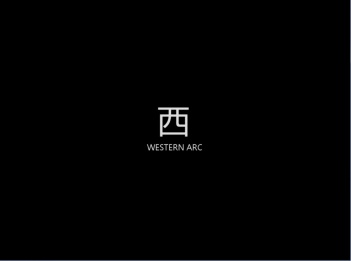 One nice thing I learned was getting transparent textures to work.  I needed that to have textured buttons that look like just text floating above the background. 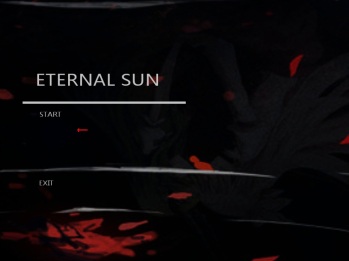 Main menu. The title kind of sounds silly the more I type it

I’ve been looking through independent games that I’ve played or heard about, trying to find out how they do things and what things should look like. 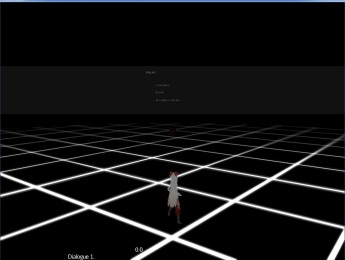 Song of the Day

Kalafina – Adore. I first became interested in them after watching the OP of Sora no Woto, and I thought, “Wait, those voices sound awfully familiar…” I later found out that it was because they sang some of the music in the Kara no Kyoukai movies. I love their style. I think they have a new single coming out. 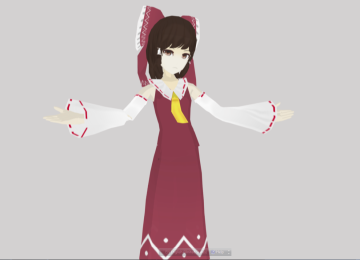 I want this much money...

All night hoping for a breakthrough in my animation skills, but I just can’t seem to get something natural, or at least something on the level of “this is acceptable.” I’m close to just settling with the 3-keyframe animations I made. Solutions to making the animation quality less appalling: play the animations slowly, and put the models far, far away from the camera.

I guess the order for tomorrow is cleaning up the menus and adding transitions between game states. 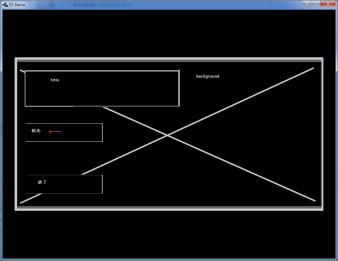 This is what I've been dealing with

Now that I think about it, I probably shouldn’t have bothered posting today anyway. Progress is frustratingly slow, especially with all that school’s throwing at me. 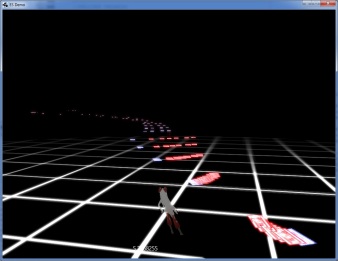 A card with aimed shots and off-center bullet sources 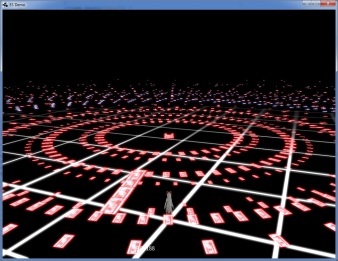 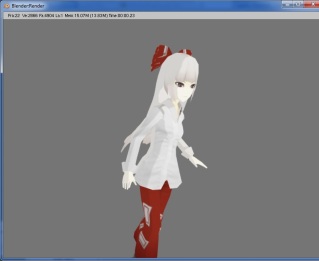 WESTERN|ARC
Create a free website or blog at WordPress.com.